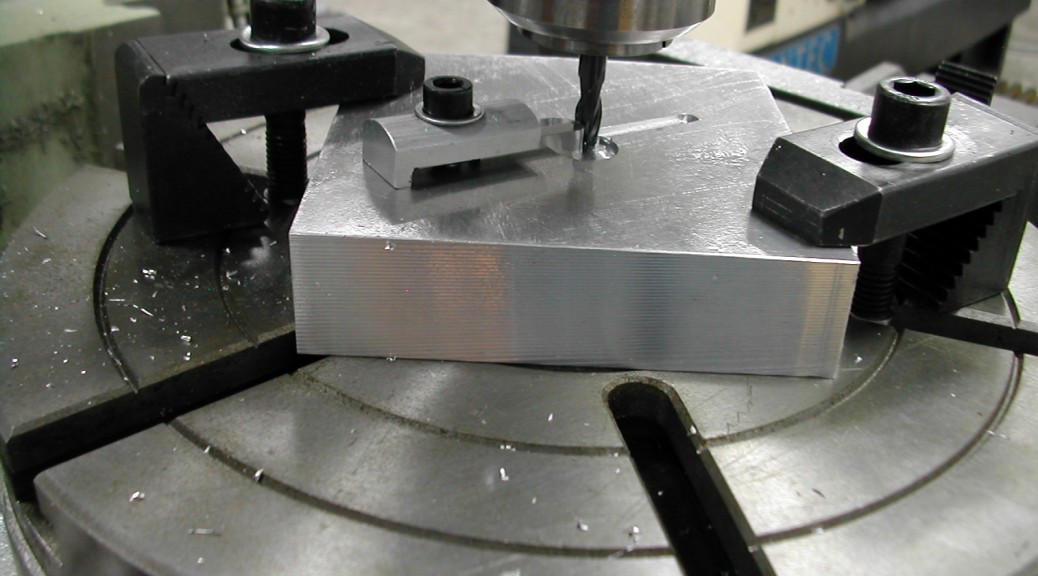 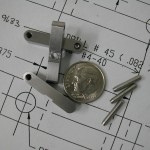 I had some 10mm diameter 416 Stainless heat treated to HRC35 left over from a previous job. Even though most of the time was spent converting it from round to square, overall it was not very hard. However, don’t underestimate the added complexity such small parts can add to fixturing. 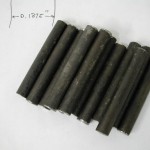 Like with the rocker bases, when working with small parts in multiples, I like to keep as may together for as long as possible. Here I’ve cut off lengths of the stainless long enough to make two rockers per piece. 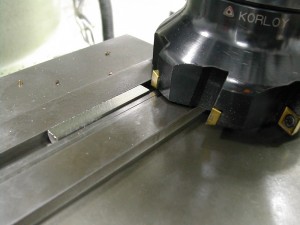 With an insert face mill, I’m squaring up the stock and taking it down to around 0.195″ square. 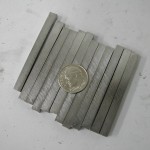 I could have spent more time and taken a light finish cut at a faster spindle speed and ended up with a better surface finish, but I have access to a surface grinder so that is what I’ll use to take them down to size. 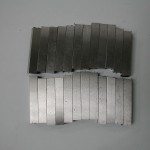 After grinding all four sides down to 0.1875″, I went ahead and cut them in half at the bandsaw since they won’t be able to stay doubled up after this point. 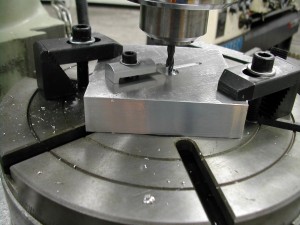 I mounted the rotary table, indicated it in, and attached a scrap aluminum block. With the table on center and locked down at 0.00°, I milled a 0.1885″ groove about 0.1″ deep. I then fashioned a small clamp and was ready to start radiusing the ends of the rocker arms. 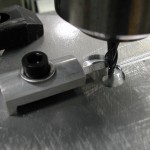 For the first radius, the blanks were clamped with about 0.00″ overhanging to clean up, then the end was climb milled using a 6mm carbide end mill. 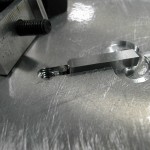 Once one end on each of the rocker arms was milled, I added a dowel pin stop to locate the part, and radiused the second end on all of the pieces. 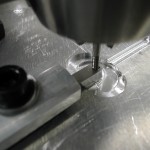 With both ends now radiused, the table is moved back to center in both X and Y and the rotary table locked again at 0.00°. One end of each rocker arm is then centerdrilled, drilled, and tapped #4-40 through for the valve adjuster. 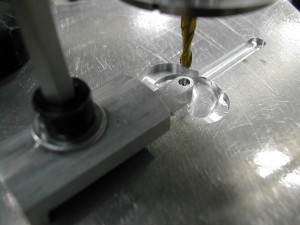 See the log for the tappets for an explanation on why I’m making these a spherical bottomed hole and why they are only 0.070″ deep. 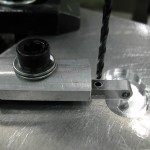 Moving on to the side of the arms, I’m drilling a 0.086″ hole for the pivot pin. I’ll ream it later after all the cutting and deburring has been done. 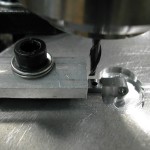 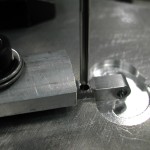 With all the burrs removed, and a nice chamfer on each side of the pivot pin hole, I’m doing the finish reaming to 0.0938″. 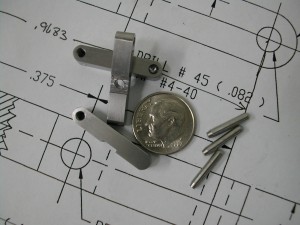 A few of the arms and pivot pins ready to go on the rocker bases.