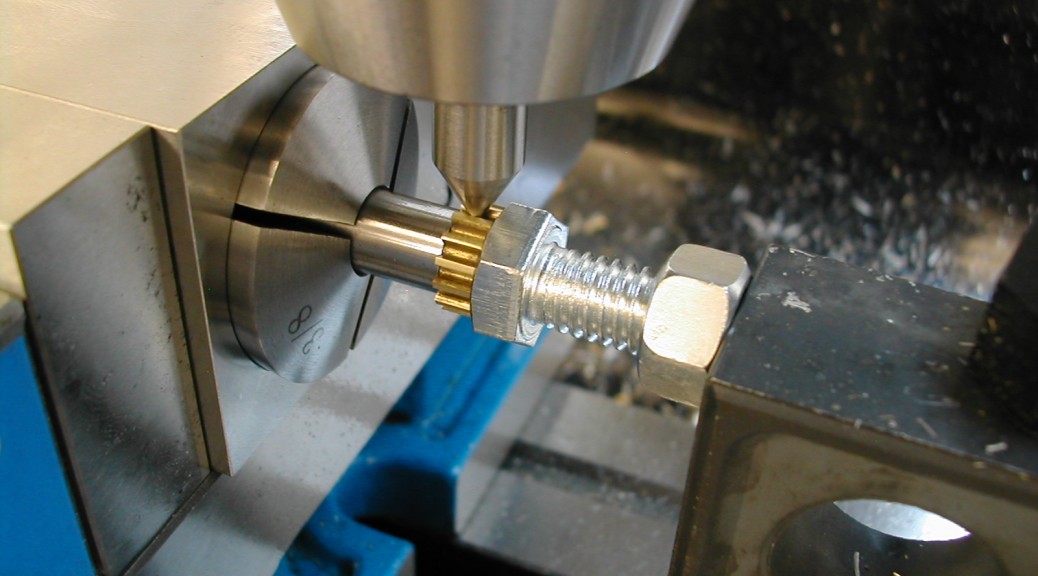 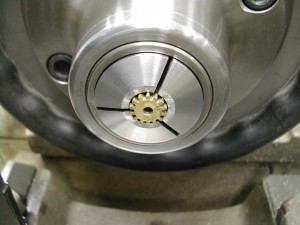 Many of the gears used in this engine need to be re-bored to a larger shaft size. There are drawings in the plans for holding fixtures to do this, but I found it easier just to use standard collets. This should also do a better job of maintaining concentricity between the bore and the gear O.D.

First the gear is placed in the collet. 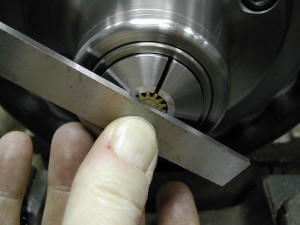 Then a parallel or other flat piece of metal is used to push the gear flush with the face of the collet and hopefully, the bore parallel to the spindle axis. 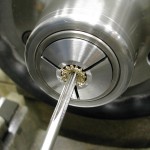 If I didn’t have a boring bar small enough, or the size difference between the old and new bore wasn’t very great, I just stepped up through reamers by 1/32″ until I reached the finished size. 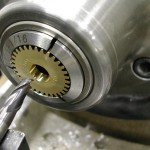 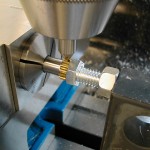 A gear was then placed on the stub, and a center chucked in the spindle. The center was lowered into a tooth root, and a jack bolt and nut were used to press the gear securely against the shoulder of the stub arbor. 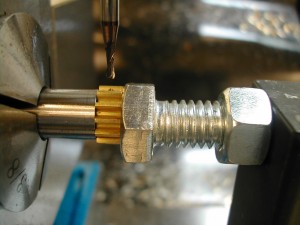 A 1/16″ endmill was used to start the roll pin holes at least to the bottom of the tooth root to prevent the drill bit from walking. 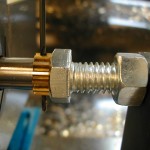 The endmill was then followed with a 1/16″ drill through, the jack bolt removed, and the process was repeated for the other five oil pump gears. 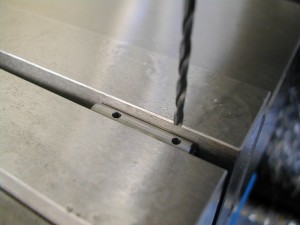 The driver and driven shafts were then drilled for the roll pins. These were a little easier since I could use a center drill.